How Smush Is Saving The Planet One Image At A Time 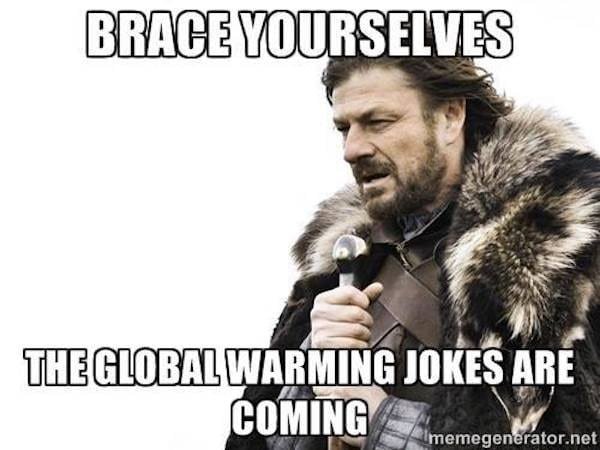 Is the Internet’s skyrocketing carbon footprint (yep, it exists) a cause for concern? Can a simple image optimization plugin really help reduce carbon emissions? All is unveiled below.

Truth be told, I was terrified to write and publish this post.

In fact, most of the blog team wanted nothing to do with it.

Because part of the article touches on the topic of…

(I’m scared to even write the words!).

But don’t let those two controversial words deter you from reading any further. This is NOT an attempt to push agendas or get overly political up in here.

And please resist the temptation to jump straight to the comments to see all the arguments that are probably unfolding as we speak.

In all seriousness, the point of this article is simply to inform you of an incredible fact we recently learned about one of our WordPress plugins. One that we’re all pretty chuffed about here at WPMU DEV.

Because as the title of this article suggests, it proves that our plugins can be more than just superheroes for your websites.

They can also be legitimate superheroes in real life.

More On How Smush Helps Save The World Soon, But First… Let’s get the global warming chat out of the way.

I won’t spout too much on the subject. It’s not our forte, and we don’t claim to be authorities on the matter.

Website development, the Internet, and WordPress plugins… That’s our bread and butter, and what we’ll be sticking to.

Besides, if you’re desperate to learn more about climate change, NASA explains it much better.

Instead, let’s talk about a little-known fact about the Internet. One you might not expect from our invisible digital friend.

Yes, The Internet Has A Carbon Footprint… And It’s Bigger Than You Think

Although you wouldn’t think the Internet has any effect on climate change – you might be surprised at how large its carbon footprint really is.

According to climatecare.org the Internet currently accounts for around 2% of all global CO2 emissions. Equalling the aviation industry (we’re talking emissions from huge airliners, jets, etc.).

The amount of CO2 the Internet is responsible for (300 million tons per year) also matches the amount of coal, oil, and gas burned in Turkey and Poland – and over half of the fossil fuels burned in the United Kingdom.

But wait, it gets better:

It’s Estimated The Internet Could Account For 3.5% Of Global Carbon Emissions In The Next 10 Years

Yet it still walks around largely unnoticed, as it’s not something you’d normally associate with damaging the environment.

I mean, it’s not like a visible cloud of smoke flies up into the atmosphere every time you open your laptop (*if yours does you should really get that checked out).

The question then begs:

How Does The Digital Internet Produce CO2?

The quick and dirty answer is: Electricity. If the Internet as a whole was a country, it would rank sixth among the countries of the world for its electricity usage. Equalling the entire country of Germany.

The energy consumption of the Internet can be narrowed down to three main offenders. Devices are fairly straightforward, you’re using electricity to power them, whether it be a laptop or phone. Then there’s the manufacturing of these devices and the factories they’re produced in.

Data Centers are the giant tech farms where all of the Internet’s data lives. As well as needing power to operate, the millions of servers worldwide also require air conditioning systems to prevent overheating. One of Facebook’s data centers in Lulea, Sweden. Image: www.independent.co.uk

Finally, communication networks are what deliver the data from the centers to our devices. These are all interconnected through endless miles of cables, switches, and routers – which again – all require a mountain of energy to run.

In a nutshell… the more we can reduce the load and stress put on devices, networks, and data centers – the less electricity required, and the less carbon emitted into our poor old atmosphere.

So What Does All Of This Have To Do With Websites And Images?

According to the HTTP Archive, the average web page clocks in at over two megabytes.

Why is this important?

One of the best ways to make your website more efficient is to reduce the amount of data transfer. Stripping it of as much unnecessary data as possible.

Here’s an (extreme) example from the Musk Foundation:

The Musk Foundation’s website is as minimalist as it gets.

Of course, this type of approach isn’t going to work for most websites. And the reality is, you don’t have to be that drastic to significantly reduce your website’s use of energy.

In fact, something as simple as compressing and optimizing the images on your site can make a huge difference.

Which Finally Brings Us To Our Superhero Smush!

After it was brought to our attention that optimizing images can help reduce a website’s carbon footprint, we knew we had to put Smush to the test.

If you’re new around here… Smush is the number one image optimization plugin on WordPress, with over one million installs. She’s also WPMU DEV’s oldest and we’re all proud parents.

Here’s How The Carbon Emission Test Went Down:

For this test we used: www.websitecarbon.com – a handy website that calculates the carbon footprint of your website (be sure to run yours through the test!).

It does this by taking into account five key pieces of data:

The screenshot below sums up the test, but here’s a quick rundown of what we did:

First we compared the CO2 savings of both a Smush and “Smush-less” website.

Next we worked out the average views a typical website gets (based on our analytics service, and 12,000 of our customer’s sites) per day and per month.

This then gave us a reading on how much CO2 the plugin saves per website per month.

But if you’re anything like me, you have no idea 1,690 Metric Tons means, or how much that really is…

So to give you a better idea of how much CO2 Smush is helping to save, I converted Smush’s monthly savings into yearly savings – which works out to be 20,280 Metric Tons.

I then discovered the average car uses around 4.6 Metric Tons of CO2 per year.

Do the math and you’ll discover that:

The Amount Of CO2 Smush Saves Is Equivalent To The Yearly Emissions Of 4,409 Cars

No matter your views on climate change, you have to admit that’s an incredible feat for a simple WordPress plugin.

While we were all pleasantly surprised by the power of Smush, optimizing the images on your site is just one of many ways to reduce your website’s carbon footprint.

Here are some other simple ways you can help make your site more energy efficient:

Reducing energy consumption by employing better SEO tactics is simple. The goal of SEO is to help users find what they’re searching for as quickly and easily as possible.

Video has already taken over much of the Internet and accounts for 80% of all transferred data online. 60% of this is via streaming services like NetFlix, YouTube and Vimeo.

Of course, since video is so effective it only makes brands want to produce more. And there’s nothing wrong with that.

But if you want to reduce your website’s energy usage, doing something as simple as removing the “auto-play” function of your videos can go a long way. You can also keep your video content short and sweet, which is a solid tactic nowadays anyway (with the attention spans of audiences growing shorter).

3. Clean Up Your Code

Writing clean and streamlined code should be a no-brainer, whether you’re trying to make your website more energy efficient or not.

This doesn’t just apply to the code you write yourself, but also instances where you borrow code. You also want to make sure any WordPress plugins aren’t adding any unnecessary weight to your website with their code.

A lot of hosting providers use standard grid electricity and have no say or involvement in where their energy comes from.

But there are a whole bunch of “green hosting” companies out there that ensure their data centers are run by renewable energy.

Our friends over at GreenGeeks are a great example. They also have an initiative ensuring 300% of your account’s energy usage is offset by renewable energy credits. You can usually identify a green hosting company by their “Green Website” badges and certifications.

The company are one of the leaders in this area, and set out to achieve 100% renewable energy globally – which they successfully did back in 2017. These days Google delivers more than 3.5 times the computing power it did five years ago – using the same amount of electrical energy.

On average their data centers also use 50% less energy, and in 2016 their operational carbon emissions were a big fat ZERO.

Like I said at the beginning of this article, this is not about pushing agendas, we just thought it was pretty awesome that our Smush is doing its part to save the planet.

What you choose to do with this information is entirely up to you.

BTW, if you haven’t yet installed Smush, and you’re looking for an easy way to help the environment – install the plugin on your website right away.

When it comes to reducing the Internet’s role in climate change it’s definitely the little things that count.

Things like limiting your device time, optimizing your website’s performance, and choosing a green host can all go a long way.

But If You’d Rather Not, That’s Cool Too

Heck, if all else fails, you can always offset your CO2 emissions by planting some trees.

It’s a sure-fire way to feel better about all that YouTube bingeing. 1.6 million WordPress Superheroes read and trust our blog. Join them and get daily posts delivered to your inbox – free!